Every week, catholic priests and nuns from different dioceses visit Gangjeong to hold masses and to join in the blockade of the entrance gate. A catholic priest explains that he comes down to Jeju during his free days, as the struggle is one of social justice that concerns the whole nation .

Father Joseph Oh, a catholic priest explains that in the beginning when the villagers were fighting alone against the navy base, the police was much more violent and used to hit people. According to him, the police have used less violence since activists from the mainland have joined in. "They know that the news will spread far beyond Gangjeong if they use excessive force" . 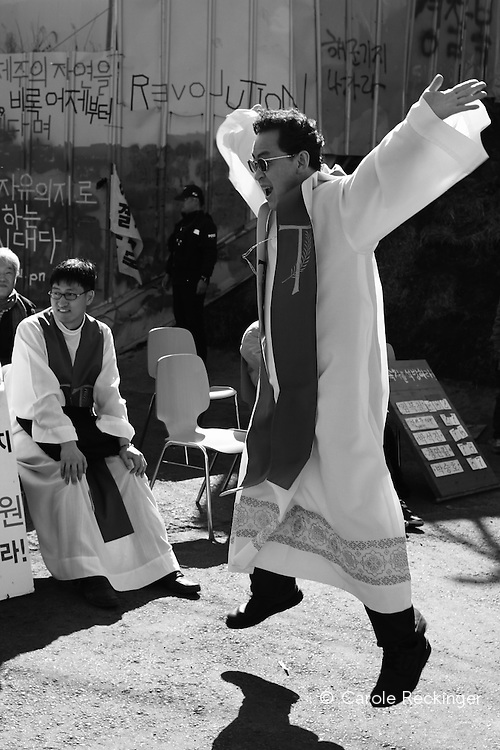