During the daily catholic mass outside the gate

From the time construction of the base was announced, activists, catholic priests and nuns, protestant pastors, law professors, teachers, artists, writers, housewives and students from all around South Korea have joined the villagers in their protest. In order to hinder and delay construction, protesters regularly block the entrance to the construction site with their bodies, chain themselves to anything available, go on hunger strikes, file lawsuits and press for a reconsideration of the project nationwide. 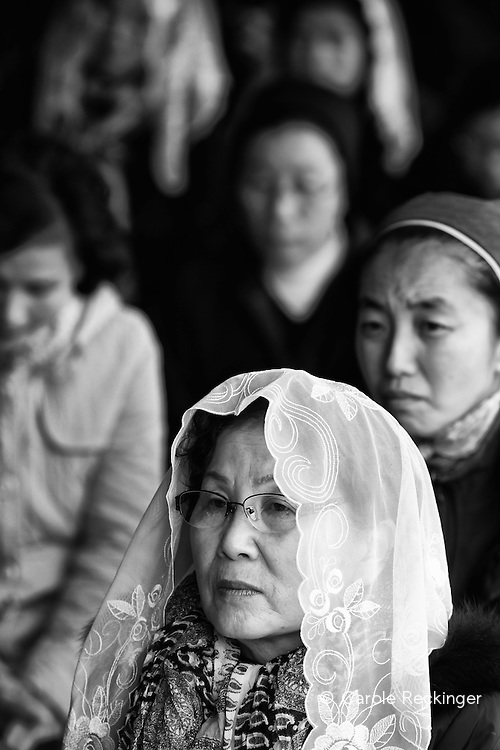