The core group of protesters, who are there every day, are activists originating from outside Gangjeong or other parts of South Korea. Many of the long-term activists just planned to visit for a few days and ended up staying.

The fight against the naval base currently mobilizes more than 125 non-governmental organizations across South Korea (ecologists, pacifists, Christians, Buddhists and associations for human rights) and more than a hundred abroad . Although the Gangjeong anti-naval base movement has received attention by most established global media and receive support from global anti-base movements in Okinawa, Japan, Guam, Europe, and the US, the movement has received relatively little mainstream media attention in South Korea. "The protesters who have joined the fight from the mainland are frequently referred to as 'outside forces', communists, pro-North Korea agitators and 'professional' troublemakers in the mainstream media" an activist explains. 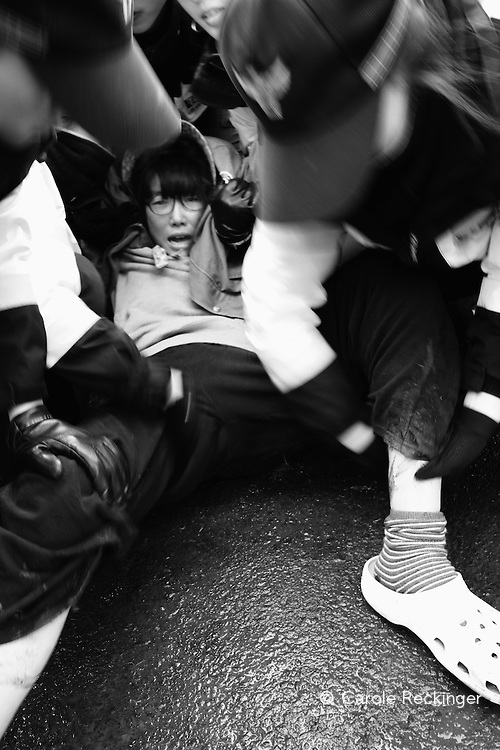