The HIV/AIDS epidemic in Papua is highlighting the inequalities between newcomers and the majority of indigenous people. The imposition of Indonesian and capitalist values, presented by colonial authorities as the new ideal for Papuans to follow, have severely impacted the faith in the worth of its own traditions. The political situation has brought about an unsustainable national development program, which is merely exacerbating corruption and inequalities. Urban centres are drawing away men and teenagers of both sexes further away from the poles of local traditional authority without a culturally suited alternative to sustain a healthy social lifestyle.
For Papua's indigenous population to survive the threat of the HIV epidemic, a unified, culturally appropriate awareness raising campaign must be implemented from the bottom up, with the support of the Indonesian government. But an HIV campaign will only slightly slow the spread of the virus if no significant changes are done to improve health and social conditions as well as the recognition of Papuan norms, values and cultures as contemporary to the predominant Javanese-Indonesian norms rather than as the remnants of a backward culture that is threatening the unity of the country. 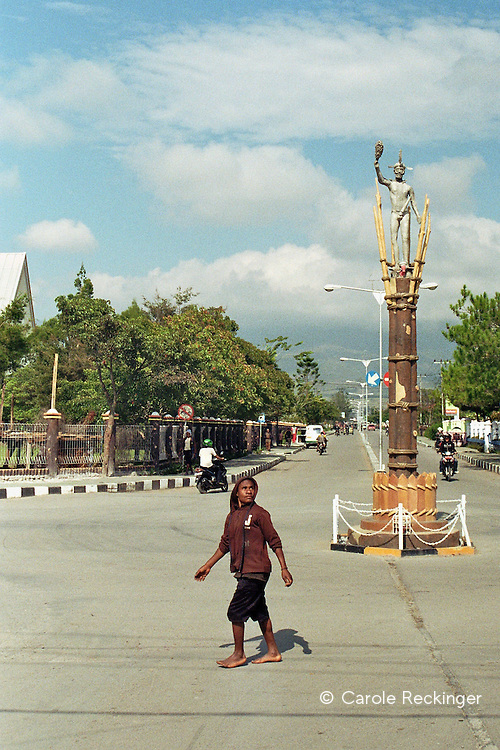